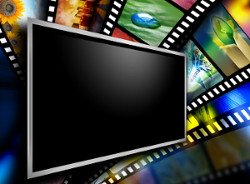 6/3/2015 ~ I’ve used a wide variety of movie downloading and streaming services. That was then. It’s no longer safe to google an episode that you want to watch, and click on the provided links. At least for me, it sends my computer security programs into overload.

Now I have three tried-and-trusted providers of movies and episodes: Netflix, Hulu and Amazon Prime.

I like Netflix and Amazon Instant Video the best, not because they don’t have commercials, but because I can have a marathon on demand. The idea of waiting a week between good episodes, well, that’s not how I think anymore.

Hulu is great for current telly episodes that you want to see before the end of the season when Netflix buys the series.

Since I don’t pay anything for Amazon Prime, due to ordering my groceries on-line and being happy to pay a yearly fee for 2 day delivery, which is how I see Prime, my total viewing cost in a month is under $16.

That said, instead of describing services, I’m going to describe some of my favorite series. I like series. Movies end too soon if I’ve grown to like the characters, characters that can be almost like new friends, or for those of us without, family.

There are those who criticize television as inferior to reading. I disagree. How can they say that if they value Shakespeare which was written for the Viewing Public, not to mention Greek plays which live on. 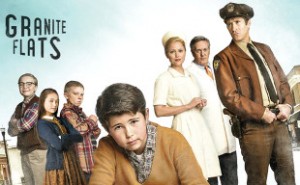 In any case the first series I want to laud, and I do mean high praise, is Granite Flats.

At first I thought Granite Flats was designed to attract vintage car enthusiasts and kids. I liked the way the main character, a kid, was enthusiastic about the powers of comic book characters. As a kid I loved the comic book character, Broken Arrow, who did not speak with forked-tongue and was a sure shot with his bow and arrow. So I kept on watching.

All of a sudden the nice little series began hitting major topics, like Communism the way it was seen in the 1960s, which of course involves the FBI and CIA. The main FBI guy is black, which is a great dimension.

It was when MK Ultra was brought into the story line that I began to listen more closely. A couple of Twitter conversations hadn’t convinced me about MK Ultra, but had left me curious. My curiousity was well satisfied by the depiction in Granite Flats.

Presented a bit like the frames in a comic book, the series is unique, but what really distinguishes it, is the way it leave you thinking.

I watched it on Netflix.