It appears that having looked at the Solatube without the lens in place, that I’ve rather damaged my eyes, in the same way that looking at the sun during an eclipse damages eyes, or going out on a bright, fresh snow day without sun glasses.

When I look at things in situations where there’s a lot of light, it’s almost as if there’s a fog of light. I can’t see things clearly at all.

As long as there’s not much light I can see clearly, or, as clearly as I could before.

The reason I’m posting this is that I bought a little video camera so I could show people the bees drinking from the tray of water under my fig. When I was reading the directions I saw a warning NOT to take a picture of the sun, because it could damage the sensor. That made me think of the trouble I’m having with my sight since I looked at the Solatube without the lens in place.

In fact, when I was having the second Solatube installed I warned each worker NOT to look at the bright light of the tube. I for sure did not want any of them to experience the vision problems I’m having.

I now wear a hat when I’m inside with my Solatube, to keep the light from affecting my vision.

I also take vitamin A, which is good for vision. In one study a small village somewhere in Africa was experiencing a high degree of blindness. But, when vitamin A was distributed and some time had passed with people taking the vitamin A, the vision problems resolved.

Additionally I’m taking extra Astaxanthin, which is associated with reducing the incidence of cataracts.

I’m not going to go to an eye doctor about this because I doubt there’s anything one could do, except tell me that I’d ruined my eyes, which would not make me feel better.

On the other hand, it’s possible that if I keep from straining my eyes with looking at things in high light situations, and keep taking vitamin A and Astaxanthin, that the problem will reduce in severity.

So, be Warned! Do not look at the Solatube reflective surface without sunglasses. And even if you wear sunglasses, I wouldn’t look at it for long. 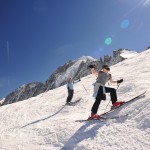 Sunglasses are not just for summer