My old way of life was hard to let go. I’d worked hard to build a foundation for security in my old age, but alas, the universe did not have the same plan.

When I worked 16 hour days, weeks on end without a day off, I foresaw having this lovely old age, with pretty things around me and a well earned sense of security.

But, the condo I bought had been built over a full, outdoor toilet pit. As the contents of the pit, to put it politely, decomposed they subsided and my sewer pipe, laid over the pit, broke. But, it was under ground so it escaped detection.

What I wish hadn’t escaped was the hydrogen sulfide (h.s.): sewer gas. My condo had so much h.s. in it that my breathing at night when I was flat in bed was raspy with wheezing, so loud it kept me awake. Basically, hydrogen sulfide is heavier than air, so there’s more of it closer to the floor. In bed, I was in more h.s. than I was standing, or even sitting.

To give you an idea of what hydrogen sulfide does, besides causing wheezing and loss of balance and memory, I went through 5 hard drives while I had them sitting on the floor above the pit. I have never before or since gone through so many in a year, which for me is evidence of the corrosive, unhealthy nature of hydrogen sulfide.

My desk and computer were above the pit. My kitty, Egypt, became sick from the hydrogen sulfide, which had contributed to the death of John Henry, my most favorite kitty ever.

I had the pit dug out, but was told by the structural engineer there could be another under my living room.

So, I moved and didn’t rent my condo. I didn’t want anyone to live there and have their health impacted as mine had been.

When I sold the single family home I’d been renting, I completed remediation of the pit, had air quality tests done, which turned out fine, and listed my condo for sale. In fact, I was getting offers when a Realtor at Sotheby’s where I had my condo listed with a friend, bought it at a foreclosure auction about which I had no notice. In fact, I did not know it was foreclosed, again… no notice.

I hung on to my condo in my mind, believing that the American justice system, based on due process, would restore what was rightfully mine. After all, there’s substantial case law stating unequivocally that lack of due process renders a judgment void.

LOL. I was naive to believe I could have justice. What really happened was that the judge gave my condo to a gay fellow with whom, I was told later in a web forum, the judge was seen partying.

Still, I was sure that American justice was real and available, so I appealed for my rights, for years.

Now, I live off grid and heat with candles. That my mind was stuck in the past with its “idea” that justice would prevail, is not easy to explain. On the other hand, many people can identify with the vice-like grip beliefs have on our minds. In fact, the therapist provided by the state to help me learn to cope with my brain injury and reduced ability to think, told me that beliefs survive a traumatic brain injury where memories do not.

As I fought for my rights in court, I stopped paying attention to my present: to the fact the candles I made were making a lot of soot because I’d made them wrong. If only I’d looked at the present, rather than over my shoulder at the past, I would have seen that the past was making my present very dirty.

Nearly every surface of my home had traces of soot. The ceiling was nearly as black as the honeycomb blind. So unpleasant, yet I was oblivious to all but the court case. I appealed, and appealed to a higher court after that.

Finally there was nothing to do but accept that the judge had given my condo to his partying friend, if indeed the forum posts had been accurate. I was not going to get my condo back, nor its value, and the opposing lawyer who lied in court, won. I felt as if soot was my entire existence. The court decision was soot, it blackened what should have been clean and lovely.

I saw that the threat had subtly changed. The threat was no longer losing my condo, that threat had fulfilled itself. The threat now was that I was going to lament ad infinitum, with the result that I would continue in blindness to my daily life, to my surroundings, to things that impact me today.

I could not stop thinking about my condo, the work I’d put into it, the money I’d paid to have it put right, the loss, the Loss.

The more I thought those things the sootier, as it were, my mind became.

I decided to think about something else, and to do that I would throw away the legal books, the case files, the entire reality that had become clutter rather than a part of achieving justice. My solar electric room had been the major depository of my legal papers, so I focused on transforming it, with the hope that I would, in the process, transform my mind.

There was, of course, the slight problem that without the money from selling my condo, I was and am in poverty.

My first thought was making the window seat look more like a window seat, and less like a hodge-podge.

For years I had feared that getting a proper cushion for the window seat would cost hundreds of dollars. Plus, the stress of the court things had taken my ability to walk without holding on to something, so I didn’t see how I was going to go out to look at upholstery fabric.

But, I decided to keep an open mind while in the process of changing.

I found a dog bed at Plow and Hearth that was quite presentable ~ Look at the picture and see if you agree. To replace the honeycomb blind, I ordered a pair of insulated curtains. To keep the two different stripes from clashing, I ordered a pretty throw pillow. Total cost: $83. The heart shaped shadows were free and a surprise treat. Check out Plow & Hearth

The best part of it was/is that the improved room reflects my much improved view of things overall.

Now, when I make candles, I pay attention to them and how they burn. So far, my home and mind are staying pretty clean. Happiness!!!

If you like the scientific side of things, then from the scientific perspective what I did was increase my telomerase which is essential for longer telomeres. Stress shortens telomeres and short telomeres are related to illness and earlier death. 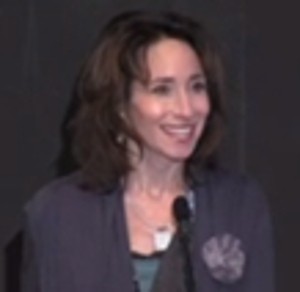 Emotions, Stress and Rate of Telomere Shortening: Are Our Cells Listening to Us? is a video of a lecture by Elissa Eple who sort of discovered the role of stress in telomere shortening. The lecture is excellent because it it’s both scientific and at the same time clear in ordinary language, supported by easy to grasp graphics and examples from studies that relate to a lot of us. Watch the video.

You can bring yourself into the present and escape the self-blaming ruminations that lead to shortened telomeres so easily, just look at what’s around you and choose something that you’d like to look a lot better.

My next project is to get insulated sheer curtains for my living room, for summer. I think they look lovely. I may not be able to walk, due to the lasting effects of the hydrogen sulfide, but I can make my surroundings almost as much fun as a visit to France or Crete. Maybe I exaggerate, but not entirely. There is great joy to be found in your home, and often that home can be fun to work with and change for the better, while at the same time changing your mind.

p.s. I got the sheers and they are dynamite! Every time I glance up they greet me with a clear, fresh look.