My water was turned off when I was unwell and in great pain. I needed two days to transfer money, but the City of Santa Fe wouldn’t wait. They turned off my water.

But I didn’t know that. I thought the manager I’d spoken to was giving me two days. I didn’t discover that I was without water till I was thirsty and went to the kitchen to get a drink. There was no water.

Where do you stand on the Water Question?

Each day all over the United States people have their water turned off in the ultimate gun-to-the-head move by authorities to make people who are struggling to make ends meet, face death as an alternative to paying bills.

Is this a clever turn of a capitalistic thumb screw (read faucet handle) in the best interests of compliance? Or is it a technique as ethically questionable as waterboarding?

I find myself wondering if children who see these kinds of techniques applied to their parents, and feel the added stress when their parents “fly off the handle” or swat them for the least infraction, are more likely to do heartless things or join gangs or use force against others to entertain themselves, as for instance in bullying. 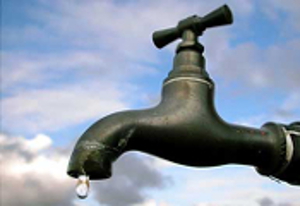 I find myself wondering whether a culture based on Wall Street, where firing tens of thousands of workers results in stock values going up, and subsequent profits for the share holders, is one in which ethics remains a salient force.

When the good of the strong, which always rests on all of the people, is enriched by harm to ordinary people, is that good perilously close to becoming bad? Or is it bad already, no “becoming” necessary?

Here’s an example of what I mean, Ice Mountain bottled water, a brand of Nestle Waters North America, one of the world’s largest bottled water companies pumped up to 400 gallons a minute for which it paid minimal rent, a total of $85 a year on a 99-year lease. Nestle made up to $2 million dollars a day. Nestle is a big, wealthy company.

The other half of the picture is that a four-hour drive away from this water pumping bonanza is Detroit, one of the country’s most impoverished cities, where tens of thousands of residents are surviving without running water because they can’t pay their water bills.

Who are these people who aren’t paying their water bills? Some inherited their bills from previous tenants or owners of their buildings; some faced dire economic circumstances that made it impossible for them to keep up with rate increases; one is a 72-year-old World War II veteran who was told he had 30 days to pay more than $3,000 in water bills delayed through a water authority miscalculation.

Meanwhile, Nestle is one of the ten companies controlling the most consumer brands. When we buy Nestle are we condoning people being deprived of water? 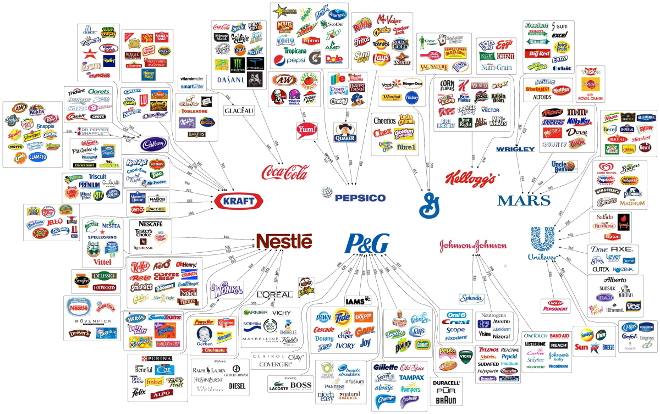 The Nestle connection caught my attention because only moments earlier I had been looking for a picture depicting the struggle to get water and Nestle had this picture, which I thought was great. 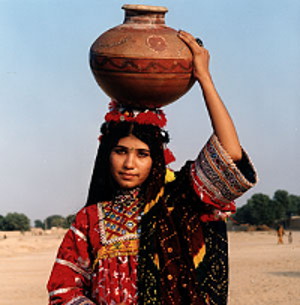 Nestle talked about its “good practices on water usage, to make better use of available water sources, and to protect these sources adequately for the benefit of farmers and rural communities,” and this image was on the page. The misleading page with the image has been removed.

So believing this, obviously I was surprised to find that the sentiments were apparently tailored to the needs of countries other than the United States, or, more likely, the need to present a good face on its website. (Because Nestle is a name I associate with my childhood and my grandparents’ home and all things good, I was deeply disappointed to see that in reality Nestle is not all good.) 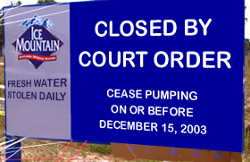 Although the pumping appeared to be stopped, in the fall of 2003, activists won a victory when Michigan circuit court judge Lawrence Root issued a sweeping 64-page opinion that accused Nestle lawyers of lying and cataloged the significant potential environmental effects of pumping. Root ordered Nestle to reduce its pumping immediately and to stop all pumping by December 2003. But Nestle obtained a stay against the decision pending the outcome of its appeal, and since then they have continued to pump upwards of 300 gallons a minute from the aquifer.

I want to know what has happened to the vet who was 72, and the people at the 40,752 addresses where water was turned off. Were they helped? Was any connection made between the huge profits and the suffering of huge numbers of people for want of the money to pay for water?

I want to know that all is well, however all is not well.

Reporting on water as a human rights issue for Americans, not people in China or Africa or India, is a film, The Water Front by Liz Miller, which premiered in November, 2007. It received an award from Ecofilms as well as a strong recommendation from Melanie Giard of the World Water Council, “Water is not only an issue affecting poor countries. Everywhere in the world, people are facing a diversity of difficulties in accessing water. And the characters Liz Miller choose to portray in her film are particularly strong, in their interesting way of facing up the situation, reacting, gathering, getting involved and fighting together. Covering all water issues, from pricing to privatization and, above all, the human right to WATER, this film sends a strong message on the way public participation and action can overcome problems.”

Deprivation of Water is Considered a Torture Technique ~ Read more. 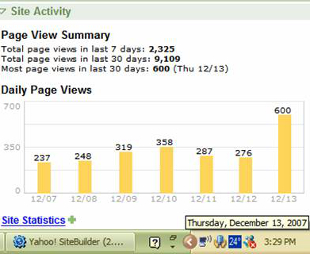 12/13/07 – My pages have never had this many visits before. These visits are primarily for this page. They make me wish I had written it a lot better.

Someone at pbs suggested I draw attention to the water problem by getting a wagon, taking it to a public water source and making a great show of having to haul my own water.

I replied that having had tetanus I’m physically unable to do that. Though, I think the problem is that there isn’t public water now, at least not where I and a lot of other people live.

12/14/07 – It’s staggering to realize that a private interest makes two million dollars a day selling and exporting water from an area where local people suffer a lack of water.

This has not been on the news. When we hear about Georgia or the Southwest where I live being affected by drought we are not concomitantly told that two million dollars worth of water changes hands each day for the sole profit of a few people.

Isn’t that something we should be aware of and thinking about?

I will show you my situation with water so that you can see the water problem more clearly. And, because of my interest in and continuing study of health I will relate how the stress of water problems takes a bite out of health.

When my water was turned off, I had just finished working on my appeal to get my condo back, which was foreclosed and sold without due process. So, I was already feeling the effects of stress when the City employee knocked on my door and said he was going to turn off my water unless I paid either all of $485 or $163.

I asked for phone numbers to call because of how little money I have. In total at the time I had about $300 and it wasn’t all where I could easily reach it. When I called the numbers I requested and was given two days to transfer enough to pay $163.

Some hours later I was thirsty and went to get a drink but the water was running so strangely that I watched it trying to figure out what was wrong instead of collecting any. That’s because of my infuriating brain injury. I didn’t snap that my water had been shut off because they’d said I could have two days, but then none of my faucets had water so I knew they must have gone back on their word. I didn’t get my drink.

I immediately began writing emails. My emails clearly show the effect of deprivation of water. View emails and Read more.

How the 2nd Threat led to Solutions 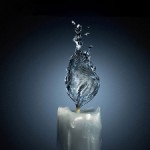