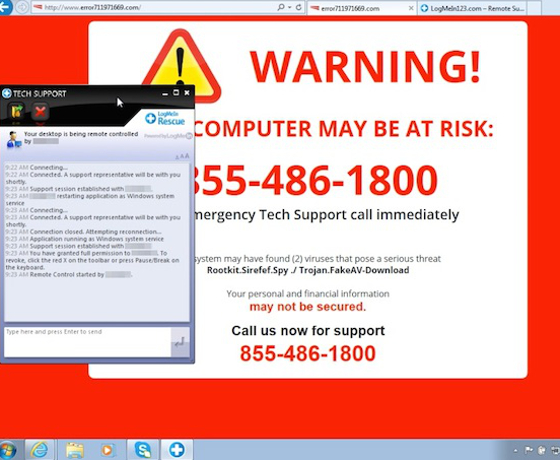 When I turned on my computer Wednesday morning, August 20, 2014, the WordPress forum had advertising: each time “computer” appeared in a post the word was an active link. The forum had never looked like that before.

Deplorable though it was, instead of posting about it, I went to Twitter to see what was going on in the world. To my surprise Twitter had ads at the top of the page and there was an ad trying to load, asking me to install something or the other so it would play better.

I tweeted, asking if anyone else had these ads. Tweets in reply said, “Ads, what ads”.

Suddenly a web page opened in a new tab saying my computer was at risk. I tried to close the page, since I had not opened it, but it wouldn’t let me. It had one of those, “do you really want to leave this page” things, but the button to say YES I WANT TO LEAVE was off the bottom of my screen.

A screeching siren began and another warning page opened. Some minutes later Norton produced a message saying it had blocked Fake Security Risk, only nothing seemed blocked because warning pages were open that I couldn’t close and the warning siren was screaming.

I ran a full system Norton scan, which showed no problems. Sigh. Clearly there were problems. 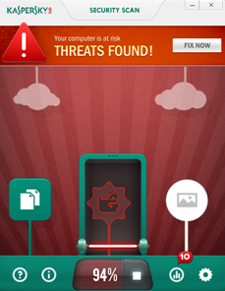 And, clearly I was not going to call the numbers on my screen. I was way too clever for that! Instead I googled Kaspersky.

Since I’d previously read great Kaspersky reviews, I downloaded their Free Virus Scan and ran it. Sure enough, Threats!

I didn’t want to click on “Fix Now” in case it was somehow linked to the Fake Security thing. After all, the “THREATS FOUND!” looked very similar to all the fake security pages. Instead, I called the Kaspersky number on the page Google had given me.

The person I was connected with was nice. He showed me see where my computer had been infected weeks ago, only to take full effect now.

“allday savings” was not a program I had installed. And since my web pages now had a “Jolly Wallet” search bar, I felt sure that allday savings had indeed been seeded into my computer to affect my browsing and buying.

The person showed me where Microsoft things on my computer had been “stopped” and several other problems, 96 problems in all.

I said I wanted to buy Kaspersky, but the fellow said what I should really do was get the service they had that would put a tech directly on the problem. And, it was a price for the whole year, so if I had any software problem at all I could call for a tech to help me at no additional charge. If I bought two or three years the savings was gigantic. I said I’d get three years. My decision was based on the fact I have a brain injury which makes it difficult to sort out computer problems, and I use my computer almost all the time I’m not sleeping, gardening or cooking.

He said he’d get a secure line, then he asked me for my credit card number, which I happily told him. Thereafter he transferred me to a tech who would take control of my computer via LogMeIn. He said that fixing everything would take 45 minutes to an hour, and to keep LogMeIn on my desktop. I was relieved to have help and to feel secure in the belief that my computer was in good hands.

Ha! Only I didn’t know that was a laugh until much later when I couldn’t share things on Twitter the way I previously had using a Chrome extension. Since tech support was now free, all I had to do was call the number I’d been given, 1-844-611-2345, so I called. After a half hour of the tech being unable to get it to work, and saying the problem was Google, “Network not Available,” I began to have doubts.

After I’d hung up with the tech whose final advice was to wait for Google to work, I tried adding any extension to Chrome. None would add. By now I was remembering that the tech had said the infection was in my browser as well as my computer, but at the same time the tech hadn’t uninstalled my browser. I decided I’d uninstall Chrome then reinstall.

When I did that some of the icons the tech had added to my desktop and task bar disappeared. That seemed interesting. When I tried to add extensions, they added perfectly.

Two other problems as a result of the tech help were that the text of subject lines on my Thunderbird email notifications page were very faint after I’d clicked on them, and even worse, none of my pictures showed when I went to their file. Only their names appeared. Since it takes a lot longer to read the name of a picture than to see the picture and recognize it, this was a pretty serious problem.

Again, the tech had been totally unable to correct it, which, after half an hour made me seriously concerned that the images were permanently converted. 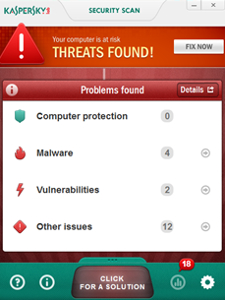 I decided to run Kaspersky’s free scan again. Boy! was that eye opening. It gave me the same results as in the morning, before their techs had spent an hour in my computer.

It was now well into the night, so I decided to wait till morning to call Kaspersky. When I did they said that they have a Professional Team much like what I described, but when I gave the rep the phone number I’d been given, and I asked him to check to see it if was one of Kaspersky’s, it was not.

My guess is that when the Fake Security Risk thing was in full swing it had control of what appeared to come up using Google search, with the result I got a fake Kaspersky. When I uninstalled the Chrome that was in my computer when the Fake thing happened, I got a good, fresh copy of Chrome which gave me proper search results.

My next question to the Kaspersky man, this one for sure being a Kaspersky guy, was about the Free Virus Scan. I wanted to know why it gave the same results at night after so many threats had been eliminated. I was told that it keeps saying that until you buy the Kaspersky program.

Wow! That’s a bit of a scam, isn’t it? Doesn’t that mean the scan isn’t related to the condition of your computer at all? Doesn’t it mean that the scan is geared to show threats until you buy?

The Kaspersky guy hung up at that point. Which I have to take as an admission that yes, the Free Scan has to do with whether or not you’ve made a payment to Kaspersky.

The Good thing to come out of all this, however, is that the Fake Security Risk guy said that no security, not Norton, McAffee or even “their own” Kaspersky would work against programs that get into your computer when you click on a popup. He said that what I should do instead of buying Kaspersky was to install Free Microsoft Security Essentials. I agreed to that. But, it did make me wonder if the tech guy really was Kaspersky… and as further investigation revealed, he wasn’t.

Later on Twitter I heard from friends that they’ve used Mircrosoft Security Essentials for years and consistently found it Excellent.

It turns out that when I called the number I’d been given to get tech support, and asked what company it was, it was NOT Kaspersky, but rather Techlive plus.

When I asked the real Kaspersky guy about having the LogMeIn Shorcut on my desktop, as the tech had advised, he said that provided a backdoor into my computer, so really I should remove it. Which I did.

1/12/2015 ~ NO! the Microsoft thing was useless. My computer was attacked repeatedly. Apparently the attack thing has the ability to deactivate Microsoft’s security.

I was lamenting my problems on Twitter when my Pro-Wrestler friend, The Great Cheyenne, told me about Avast. She said she’d been using it and have no problems. So, I tried it. And, it is Amazing. It catches things all the time. The things it catches are beyond the capability of Norton.

It’s message, when it catches something, can be a bit startling until you grow used to it.

2/19/2015 ~ Avast warned me over and over again about a PUP (potentially Unwanted Program) that was an extension in my Google Chrome Browser. Each time I agreed that it should be removed. Each time removal failed.

I uninstalled Chrome and using IE, installed again. Same problem. I was irritated, in the extreme. I Tweeted to Google Chrome and filled in the Why are you uninstalling survey repeatedly.

Finally I noticed that there’s an option to install Chrome if you don’t have a connection. I think it must work in the same way techs use the RUN feature to connect to the internet without using a specific browser.

After installing Chrome using that, rather than IE, I no longer got the warnings.