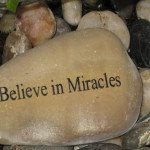 It’s strange how things work, how actions can have unintended, unforeseen consequences.

When my son was about eight years old I had to leave England where he was born. I thought that in a short time I could bring him to me in the United States. But, I was not aware of how tight social services are in their grasp. The house I rented in Santa Fe, with a bedroom for him, never saw him come for so much as a visit. When I wrote that I would come to visit, social services replied that he would not be in London at that time. So, I had my Unitarian pastor, a lawyer, and my Senator write to them. That onslaught of letters changed their minds, but probably not the tenor of their descriptions of me to my son.

When my son became a teenager and was caught in the act of… graffiti, social services wrote to me suggesting that he come to live with me. We’re talking about 8 years later, all the years filled with social services explaining to my son how it was so much better for him to be in their care.

When my son, himself, expressed an interest in moving here, I began to see the condo I’d bought and was living in, as not a workable space for the two of us. It was about 600 square feet, with one bedroom, a bath, and a largish room that was kitchen, dining, and living room. The garden/patio was somewhat larger than a group of bathtubs, should they be arranged into a rectangle.

I was a Realtor at the time, so I was constantly seeing properties. One came on the market that was three bedrooms, two baths, and a good price, probably because it was, apparently, previously occupied by a herd of cats that had not been house trained.

When my offer was accepted, I set to work painting and trying to wash the carpet enough times to remove the smell. The paint worked wonders, it even helped cover the smell, at least temporarily. I wished I had money to replace the carpet, but I didn’t.

It wasn’t long before my son arrived, commenting that the United States was just as he’d expected it to be. Since Santa Fe is often called The City Different, I wasn’t quite sure how to respond. We have adobe homes, and ones which are look-alike, whereas around the United States wood frame houses with siding are far more common.

My son got a job at the mall, selling “trainers”, Nike and the like. He was good at it, and his employer liked him. But my son didn’t like Santa Fe in comparison to London. We weren’t close due to the long separation, and social services had done their best, telling him to be sure to hide his passport so I didn’t steal it. Inevitably, I suppose, he didn’t stay.

When he went back to London I was desperately sad. At work I would suddenly start crying, for no reason that was apparent to anyone around me.

I decided that I would go home for lunch each day, and cry then. I felt that would reduce the number of times I broke into tears at work, since so many tears would already have flowed.

But going home to the home I bought for my son to live in with me, was not the ideal answer since it reminded me at a deep level of my disappointment. So, I searched for another home, to which I could move.

I found a single family home whose living room was painted dark brown, another room was painted bright yellow, and a third was painted a stunning blue. No one had wanted to buy it when I had shown it to prospective buyers despite the fact it had baseboard hot water heat, a nice sized back yard and was really quite a good buy, except is looked so horrid inside. So, on the theory of buying the cheapest home on the block, as the best investment policy, I made an offer. My offer was accepted.

I moved out of the townhome I’d bought for my son to come and live in with me, and rented it to help me more smoothly transition from one commission to the next.

On my first night in the new home I sat on a chair in the kitchen, vaguely thinking when I noticed how much the baseboard hot water heat sounded like water sloshing about. I had expected it to be a lot more silent form of heating. Then, water came under the wall from the washer/dryer area: one of the connections wasn’t connected. 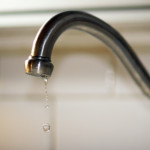 In contrast, the water from any faucet was slow to flow. I won’t say that the water trickled out, it was a better stream than that, but not much.

Over the years, as I improved the house, the one thing I most wanted to do was improve the water pressure, but… how could that be done? I had no idea and plumbers seemed to have none, either.

By this time I was having serious IRS problems. IRS had begun enforcing for 1984, which I’d paid in 1985, but IRS was having none of it, despite the fact I repeatedly sent them proof of my payment. I wasn’t sleeping well, so when I began to think I heard running water at night, I chalked it up to my nerves making up a reason that was easier to understand, for not sleeping, than worry about the IRS.

But no, there really was water running. I began to be sure of it. It wasn’t a toilet, nor a faucet. There weren’t puddles by any of the walls with pipes. The washer was securely plumbed.

When a puddle formed out front, a plumber said it showed that there was a leak in the pipe running beneath my front walk to my porch. That sounded realistic. The plumber and his helper said you could for sure tell the leak was there, since you could see bubbles coming up. With my blessing they began to dig. Could they break through the sidewalk? Yes, I replied, Of course.

When that didn’t reveal the leak, they followed the leak, breaking through sidewalk as they went, to the front door. No leak. Could they break through the porch cement?

Now, I hesitated. I mean, there was quite a trench at this point.

Somehow, they decided to break through the living room floor and dig down to the pipe. That was it. They uncovered a pipe that had been laid with a bend. But instead of the pipe being bent using a pipe bender, it had been bent the way one bends a straw with the result that the straw stops working because it’s at a right angle. That was why there was no water pressure. And, the force of the water when it was turned on must have caused some movement to the pipe, which had worn a hole in it, a tiny hole where a stone had repeatedly rubbed, or more accurately, the pipe had rubbed against the stone.

Replacing the pipe cost less than $2.00. The hole, however, was another story. Plus, the water had washed earth from under the slab that supported my home, so it wasn’t stable anymore. Not that you could tell. Luckily the insurance paid for a structural engineer who confirmed the problem and stated that cement needed to be pumped to fill the void.

That done, a heater in the main hole to dry the saturated earth, everything returned to normal.

Except, I now had perfect water pressure.

So, there you have it. What was it, if not a miracle, that the source of the low water pressure was found and corrected?

Not all miracles are found in churches…